After our truly magical lunch in Barneveld (previous post), our road trippin’ started in earnest. We left the magic of the Netherlands behind and entered Germany with gusto.

First overnight stop was pretty practical. Hanover is sort of mid-way from Amsterdam to Berlin. We did not plan any touristy-shenanigans and so, after checking in at Hotel Wagner, ended up sitting outside the hotel, sipping beer (my first…) and watching the world go by.  An extremely civilized intro to my schnitzel dinner with Calvados sauce, nogal. When in Rome and all that jazz.

The hotel was perfect for an overnight stop and the breakfast I though was quite impressive but completely wasted on me. Just can’t do all that food first thing in the morning. Give me coffee and a fag and I’m good to go. Maybe throw a boiled egg into the deal and I’m ready to rumble. I did thought though, that the honeycomb slab dripping golden deliciousness was good enough to smuggle out the door. Messy business.

Onto Berlin, the design-hub of Germany I’ve been told and I had high expectations of the brethren.

We arrived in the late afternoon on a Sunday and it was damn hot. As in unexpected-but-this-is-Europe-not-Africa hot and it’s middle of September for goodness sake.

Checked into our hotel, NH Collection Berlin on Friedrichstrasse, in Mitte. Not bad overall and I did find the interiors (lobby and rooms) full of interesting details of which of course I did not take a picture for future reference….sigh.

My planned walkabout itinerary for the next day was promptly butchered as we realized that I had nothing sight-see-e planned on the day of our arrival. Ooops. None the less, I was able to hush the more controlling part of my psyche. Off we ambled to Potsdammer Platz and made our way back to the hotel-hood, via Tiergarten, to sip on some extremely sweet marguerites, before heading out for dinner.

Side note about Potsdammer Platz: The Kolhoff Tower has apparently the fastest elevator in Europe and the views from the top floors are a must see.

My culinary experience the evening at Sophieneck, included a Beef Knuckle with the obligatory, ginormous helping of sauerkraut, washed down with a very respectable Riesling. I have to admit, the portions did get the best of me….if you’ve never had a beef knuckle, imagine a pork knuckle on steroids. And man is that hunk of meat tough to eat with grace and poise.

Service from the nubile waiter was snappy and the restaurant itself is quite pretty in German terms. We were lucky enough to grab an outside table to enjoy the balmy evening air and to watch the excitement at the hospital down the road.

The next day dawned even more steamy but seeing that we only had one full day to see and experience as much as possible, we loaded up on anti-perspirant and set off along the Spree, destination: East Side Gallery. 6km later through a rather dodgy area of town, sweaty and close to a sense of humour failure, we arrived at a very disappointing ‘gallery’. I have no idea what I was expecting but the last remaining piece of wall, adorned by graffiti, behind a fence, was not ideal for the dramatic, emotionally loaded picture I was planning to take.

We made our way back to Mitte, thanks to Uber (the excuse was that I was getting a blister), for a spot of shopping, only to realize when we got to our first stop, that most shops only open from 10:00am onwards. That’s what happens when you start your day at 6…ten feels like it should be lunch time already!

Time to waste so let’s drown our disappointment in beer! Okay and we did have something to eat to look slightly more civilized.

Both the Happy Shop and The Store on Torstrasse was either permanently closed or have moved to an undisclosed location. We could not find either one.

We did manage to find Adddress, a shop that stocks local fashion. After trying on all the clothes and shoes in the entire store, I finally bought something. But I must be honest though, I really battled to find an item that appealed to me…that something special or an interesting detail. Hopefully, the very pretty young lady that ran around like a blue arsed fly, trying to find something that would make me happy, earns commission.

Next stop was Konk, also a local fashion store, tucked away on a very pretty side street called Kleine Hamburger Strasse. Now they had extremely interesting stuff! I can definitely recommend, when you are in Berlin and you want to support local design, to pop in there for clothes and jewellery.

On our way back to hotel, we detoured via the Reichstag and swinged by the Brandenburger Tor. Entrance to the Reichstag is free, if you want to view the city from under the glass roof. We didn’t. ‘Cause sometimes you are tired and you want to get back to hotel and take your shoes off and sip a beverage and de-people yourself. There.

We ended the day at a restaurant called Leon, just a hop, skip and a half-hearted jump from the hotel. Nothing like a bratwurst to end off a sightseeing/shopping expedition in Berlin. Don’t forget the beer to avoid dehydration.

I was expecting more from Berlin design-wise and was hoping that the research I did prior to our visit, was enough off the beaten track to sniff out fabulous design or architecture and that I would leave the city, filled with inspiration. Maybe I just did not look in the right places to find innovative design?

The city’s history though is interesting and I did appreciate the subtle differences between what was and what is now. 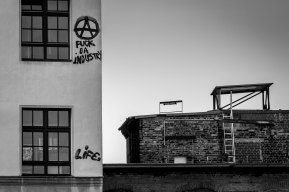 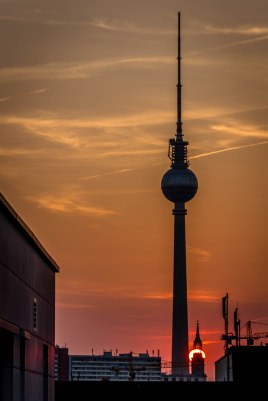 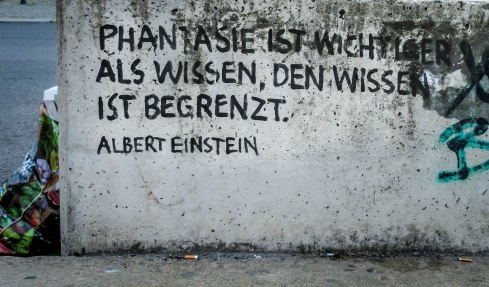 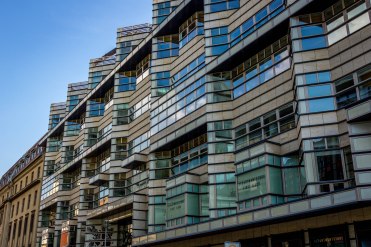 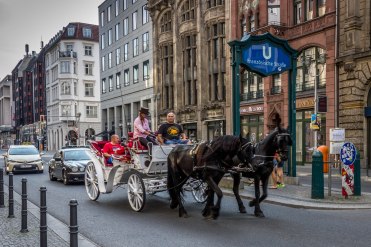